A nice feature of classic period Cremonese instruments are the locating pins found on or near the center line of the back close to the purfling. The top also had locating pins but these have often been obliterated when fitting a modern neck and saddle.  The pins are an artifact of the construction process, used to quickly relocate the plates to their correct place on the ribs.  They may also have been use, according to Roger Hargrave’s plausible theory, as pivot points when aligning the neck with the center line of the instrument.  The neck would have already been attached to the ribs and the neck alignment with the body was fixed by gluing the ribs onto the top.

The exact location of the pins varies between makers.  Many try to place then exactly on the centerline but this can sometimes be a little tricky as the drill tends to deflect off of the glue of the center-joint and the pin end up slightly on one side or the other – see the Del Gesu below.  For this reason many makers opted to place the pins well inside the purfling and a similar distance away from the center-joint.  When this was done  the pin at the other end of the instrument was always placed in a similar position on the opposite side of the center-joint.  This would allow the neck-aligning trick to work as before. 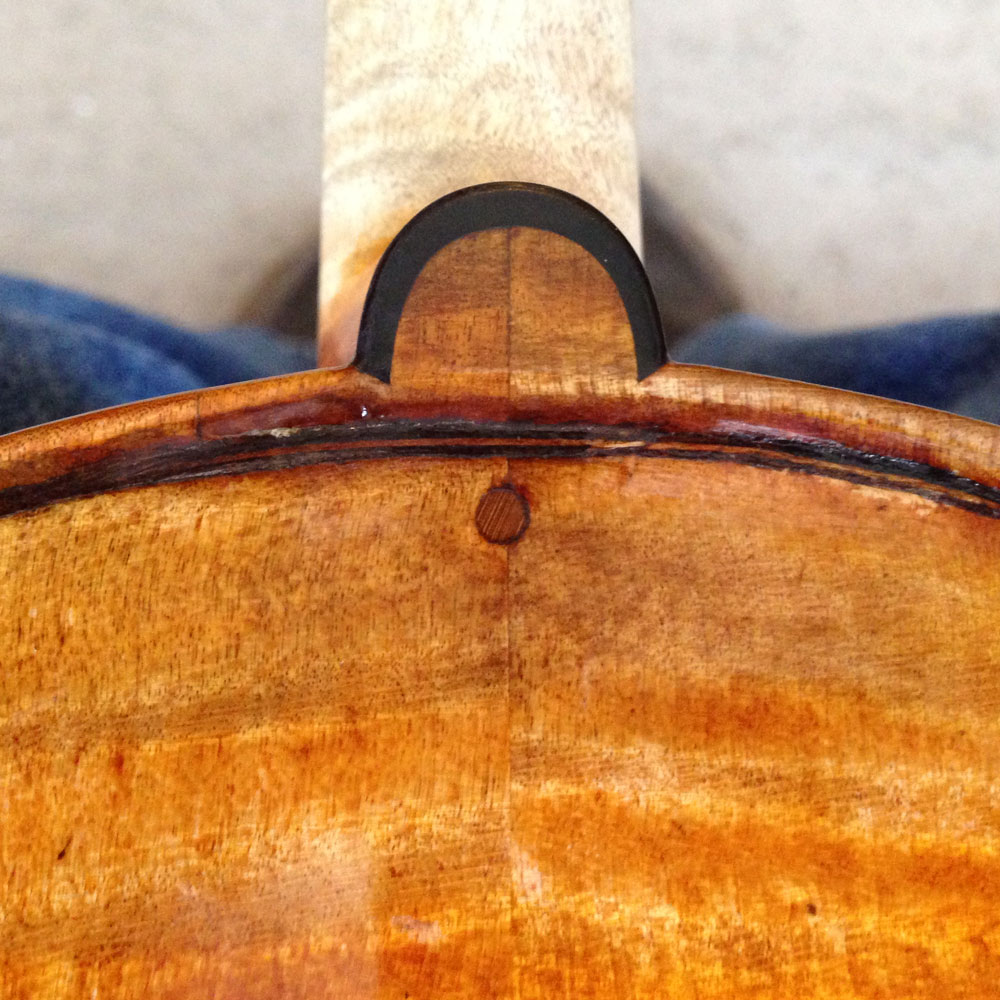 A fine, bold locating pin by Guarnieri Del Gesu. This pin is larger than typical – it could be a replacement.

Split pins and doing things in their right order.

Stradivari, being the over-achiever that he was, went straight for the center-line, and also he contrived to locate the pin halfway underneath the purfling.  Sometimes he missed and the pin would end up directly under the purfling.  Other makers, including Del Gesu at times, also did this.  It is an elegant, tidy look but it also tells us something else about the construction process:  Clearly the locating pin was set before the purfling was laid down.  This means that the purfling was set after the box, or body, of the violin was closed.  Finishing the edge and blending the arching down to the purfling was also done with the box closed.  These days the large majority of makers fix the outline of the violin, set the purfling and finish the arch, before hollowing out the plate and closing the box.  This reversal gives a lot more control over the finished plate, you know exactly, without guessing,  what your arch will look like and what your edge thicknesses will be. It does lead to a little absurdity as makers figure out how to recreate Strad’s split pins which are no longer functional but must be there to make an accurate copy.

I’m a purfle-on-the-box kind of guy.  I like locating pins, they make the construction process easier,  and I think that they are a nice little feature –  if they have a genuine  functional reason to be there. 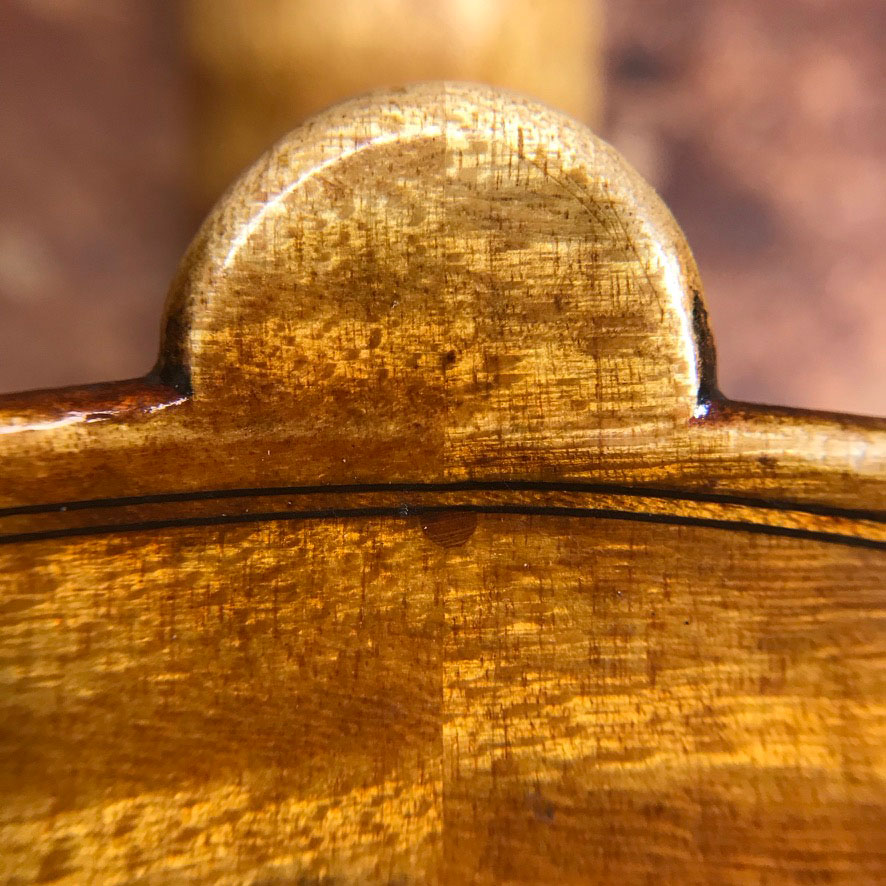 One of my Strad copies. The pin was “split” when the purfling was set on top of it.

A method for making and fitting violin locating pins

For many years I was on the look out for toothpicks and drill bits of exactly the right diameters to make locating pins.  Then I developed a method based around using a Japanese Kiri drill.   I filed the square, tapered “bit”  down to the right diameter. When I’ve reached the top of my filed region I know I’ve gone deep enough.  If I want a larger diameter pin I just keep drilling.

One nice features of Kiri drills is that they have a little less tendency to wander than the modern twist drills, for this reason I also like to use them for drilling the pilot holes for my f-hole cutter. 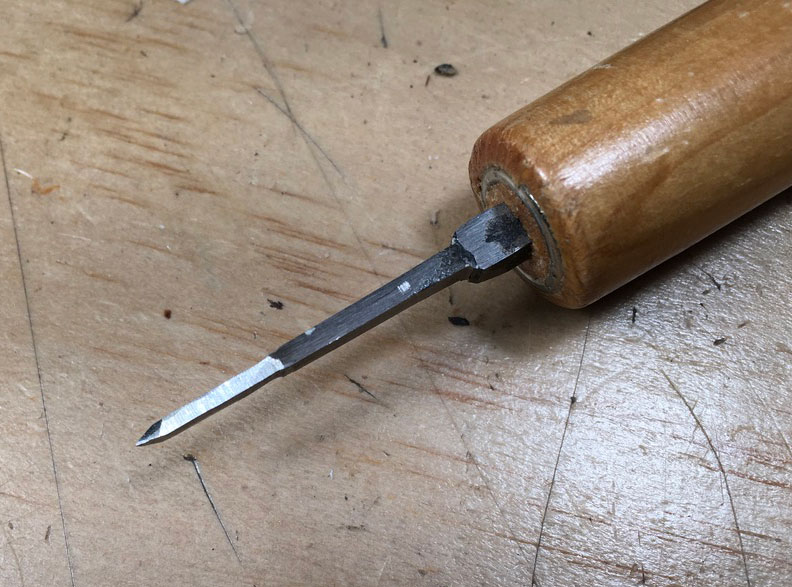 Heres a demo video of the process