This violin holding jig caused a deal of interest in the Robertson’s shop. It’s a dynamic version of one I saw used by Malcolm Siddall at the Welsh school.  Its essential feature is that it holds the work at both ends and there is enough space beneath the work to take caliper measurements with out removing the job from the jig. 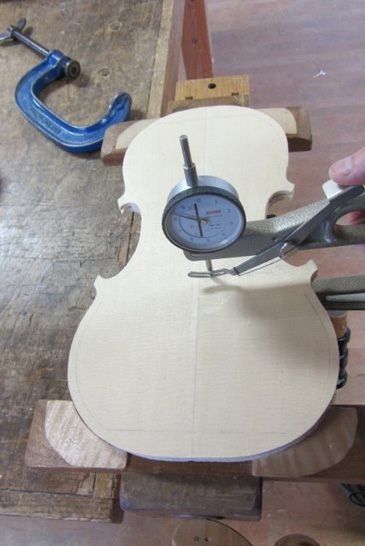 Malcolm called it the “fraught with danger board,” after the pronouncement made about it by his concerned teacher at Newark.  The concern was that if the work isn’t supported in the middle, the violin plate would likely crack while being thinned on the inside.  In practice there is not as much danger as you might think, because most of the force used while gouging is applied sideways rather than downwards.  I’ve been using jigs like this for 20 years and have had the center joint pop open maybe twice. I put this down to gluing defects and was actually glad to have the fault exposed.

I modified the fraught with danger board by making one end slide, operated by a cam. This means it is very quick to place the work in the jig, and there are no clamps or toggles in the way on top of the work.  I use it while arching and hollowing the plates, and also during purfling and while carving the channel and blending the arch after purfling. The jig will take violin and viola.  I have an adaptation of the same idea for cello. 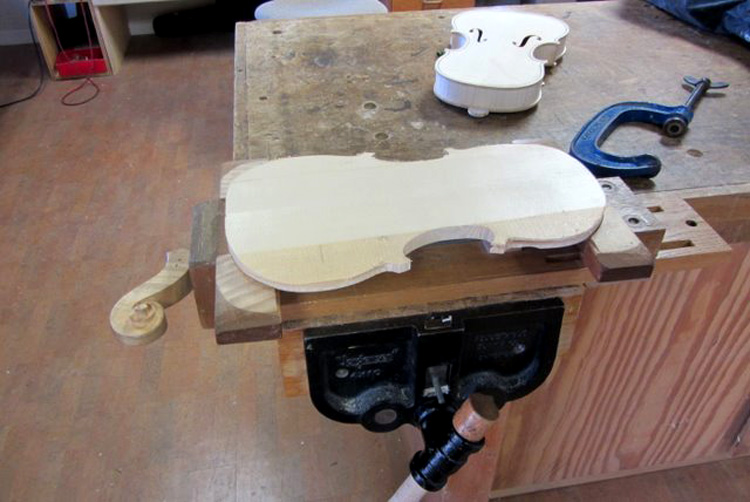 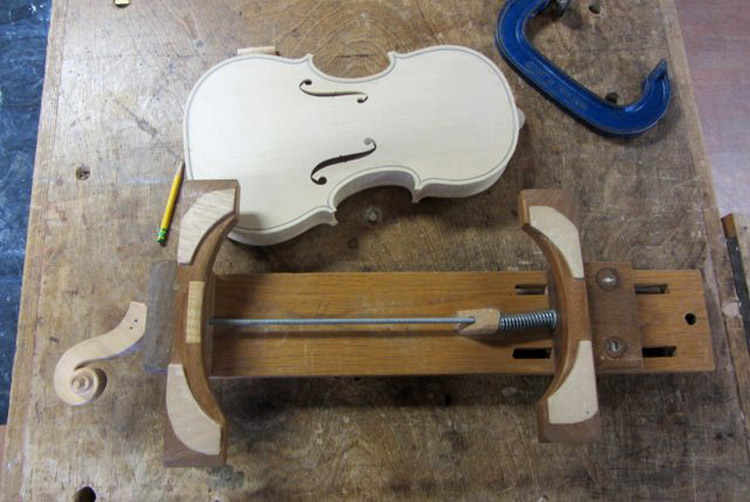 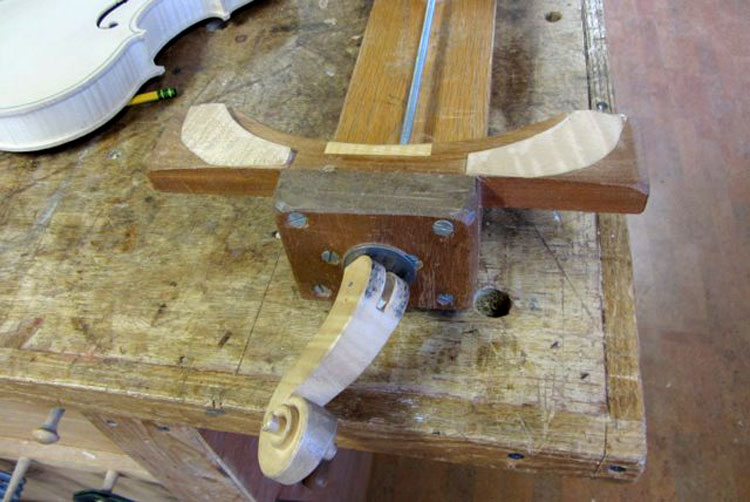 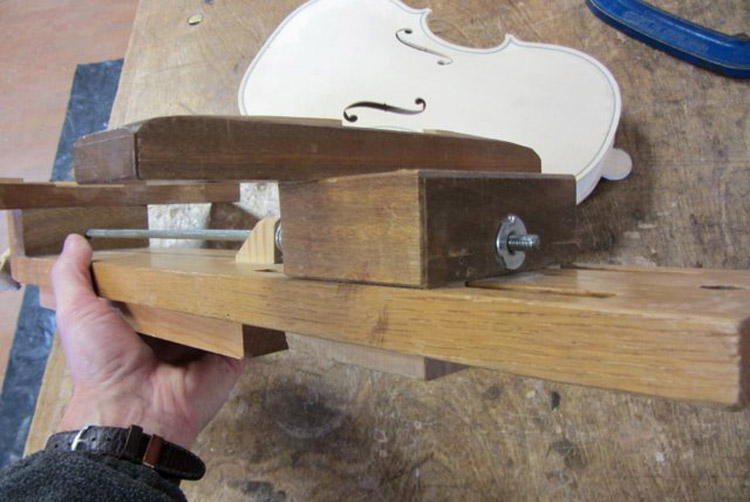 The wide block of wood on the base of the jig allows it to be clamped to the bench top or held in a vise. the block is slightly narrower than the base to make it easy to line up in the vise. 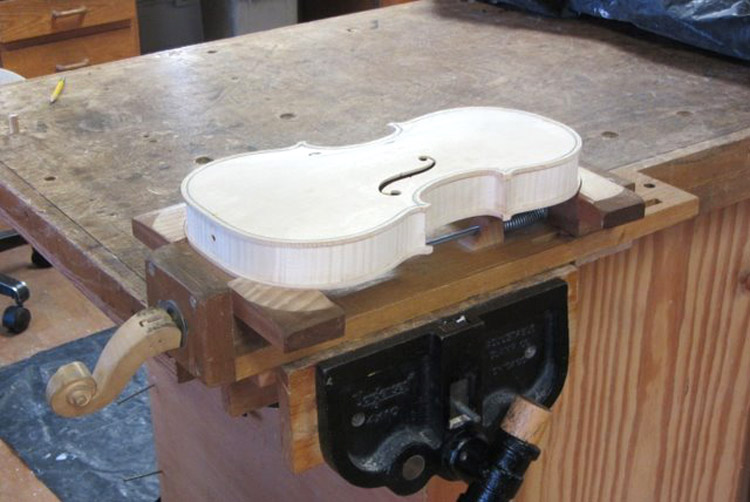 I use this jig for holding the plates for arching and thicknessing and to hold the body while purfling, cutting the channel and blending the arch