I’ve come across a couple of violins like this Storioni where the corner blocks had apparently been replaced. Signs of this are: none of the linings have been morticed into the blocks, and the linings ends have been cut on a line parallel with the line that bisects the rib miter allowing a new block to be slid into place. 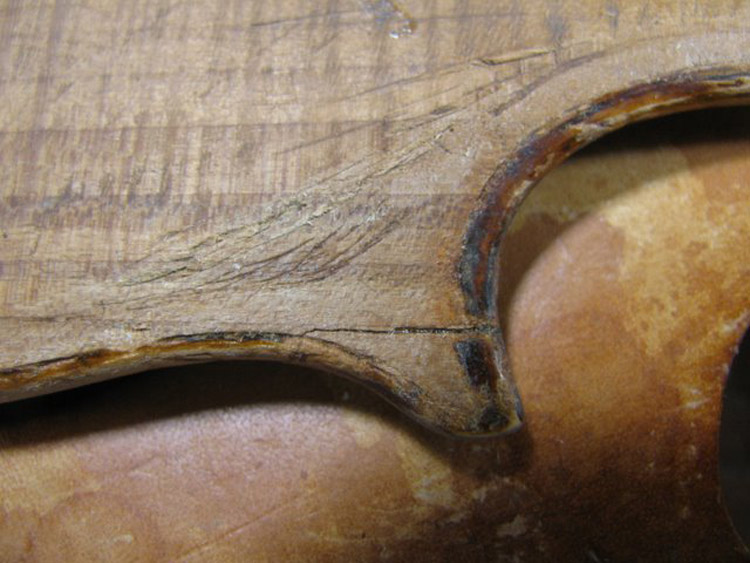 A third sign is all of the cutting marks on the back where the block has been trimmed after glueing to the back. 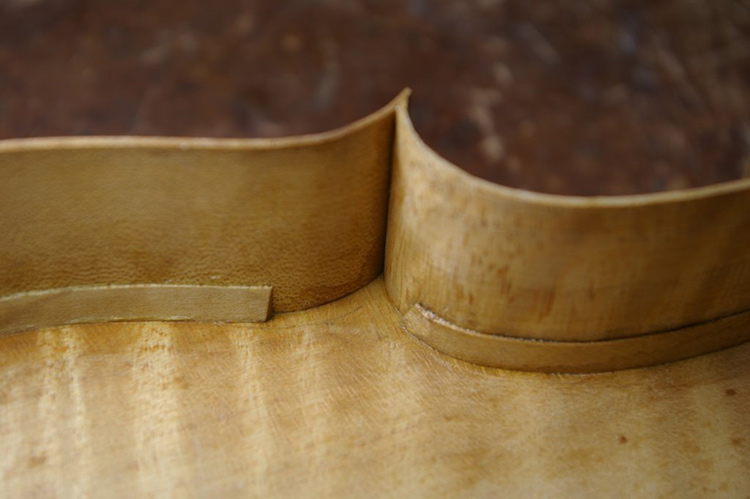 A third sign is all of the cutting marks on the back where the block has been trimmed after glueing to the back.

I’m not really clear why you might want to replace corner blocks, generally you try to preserve as much original wood and structure as possible. I couldn’t see myself ever having to do this job but then I got a fiddle that was missing the top rib and corner block and so , with a little trepidation I set out to fit a new block from the inside.  It turned out to be easier than I thought it would be.

Mark the new block from the outside of the rib join, 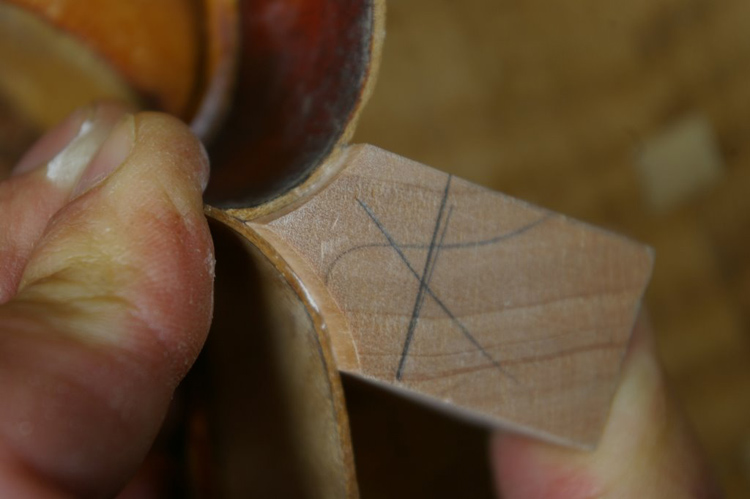 Feeding the new block in towards towards the miter….

….chalk fit it into place. 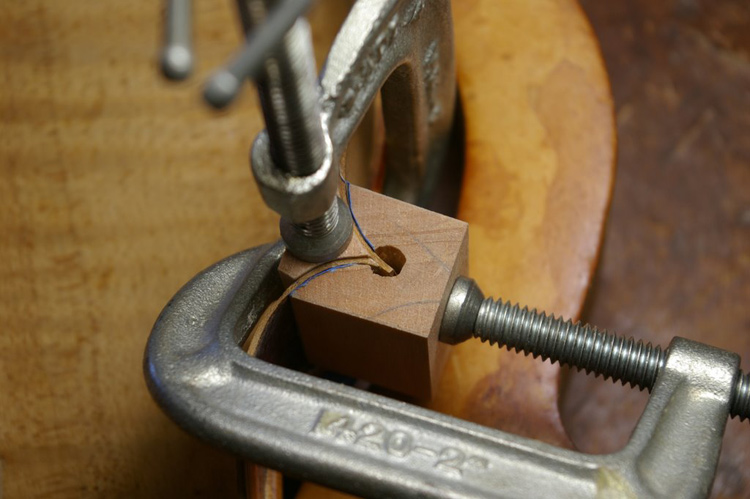 Glue into place with a counter form.