I met Greg Olwell, a senior editor at Strings Magazine,  at the 2014 Violin Society of America convention Indianapolis. He had an idea for a new magazine spot called “Tales of the trade” which would put  “a spotlight the trade and the people involved in the art of the instrument”.  Strings Magazine is based in Richmond CA, so we are Bay Area neighbors which made me a good test subject for the series. Greg came up to the shop and basically ran a voice recorder while we hung out for the afternoon, after he’d gone I did wonder if I had managed to say anything coherent but he sifted through the recording and came out with a presentable story.

What really got Greg excited was his discovery of the Ukarone in my woodshed.  Greg is also the editor of Ukulele Magazine and a stand up bass player  so suddenly coming face to face with  “the World’s Biggest Ukulele” really tickled him.  Read his account of the encounter here. 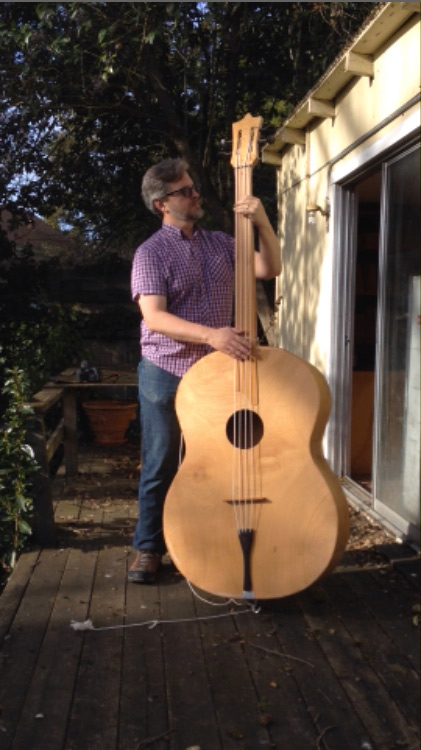