Solid cello neck set – how to control your neck projection

When putting a new neck into a cello the mortice is cut precisely so that the fingerboard projects out to a specific height above the cello top ( the neck projection, or pitch is usually about 81mm measured at the center of the bridge).  It is often the case that the neck projection, which was correct just before gluing, comes out higher than intended. What has happened is the the glue applied to the neck root soaks into the end grain and swells that surface causing the neck root to bend backwards.  To compensate for this some makers will set their necks a millimeter or two lower than they actually want, others will insert a wood or fiberglass dowel into the neck root to try and stabilize it.  There is a better way: 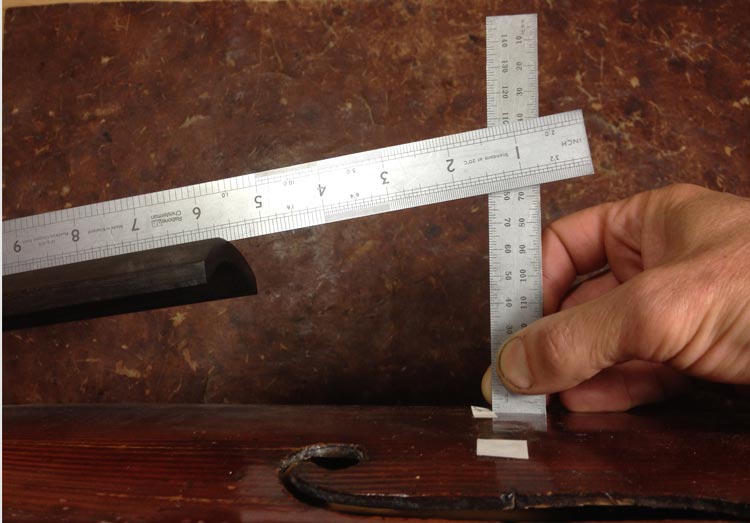 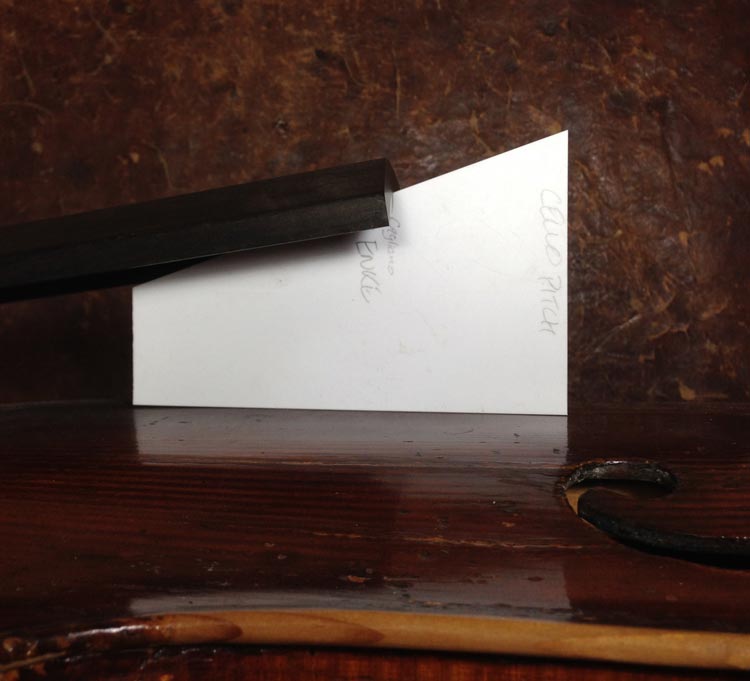 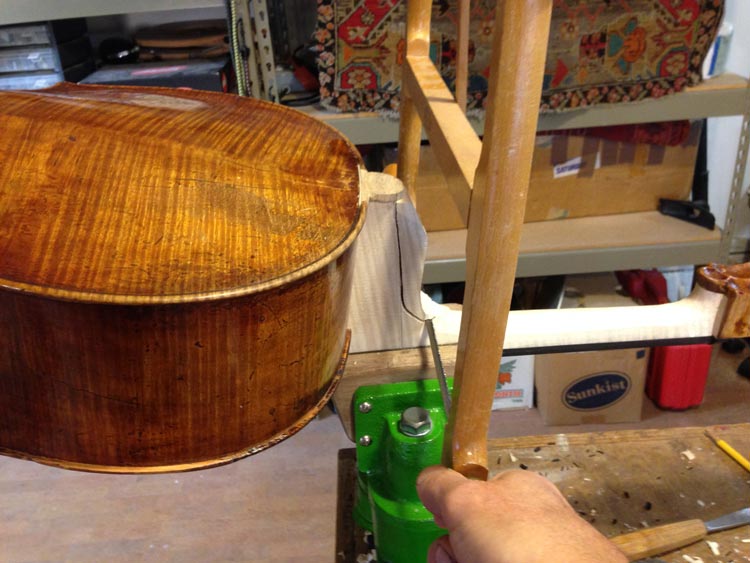 The excess neck root is easily removed after gluing 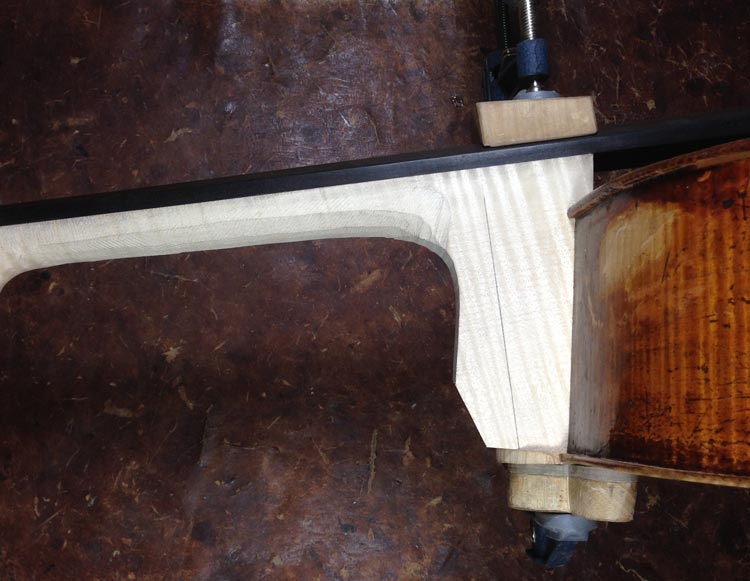 Note on other causes of neck movement

The pitch of the neck commonly goes up when a new instrument is varnished and placed in the low humidity environment of a light box, this is the same effect that plagues cellists in climates with wide seasonal humidity variation, it’s a temporary problem  and it will go away a week or two after taking the cello out of the light box.  Avoid this problem by using an LED light box