Good luck, bad luck. Sap pockets in violin tops and how to fix them.

This morning for breakfast I got a double yolked egg which is supposed to be rare and lucky,  an hour later I was carving into an apparently perfect piece of spruce for a  a cello top when I uncovered a sap pocket. This was definitely not a lucky event but it wasn’t as unlucky as it could have been.   Sap pockets are a small inclusion of resin in the  spruce, a study for the New Zealand forestry industry suggests  they are caused by adverse growing conditions such as unseasonal humidity changes,  and can be a serious problem in the commercial logging of some species of pine. I would guess that I come across one in every 10 – 15 tops I carve, they can be invisible before you start working the wood and could show up anywhere in the plate.  As long as the sap pocket doesn’t appear in the soundpost area it is not a serious problem, it’s more of an irritating delay.  It is fixed by inserting a small patch and has no negative effect on the finished instrument. 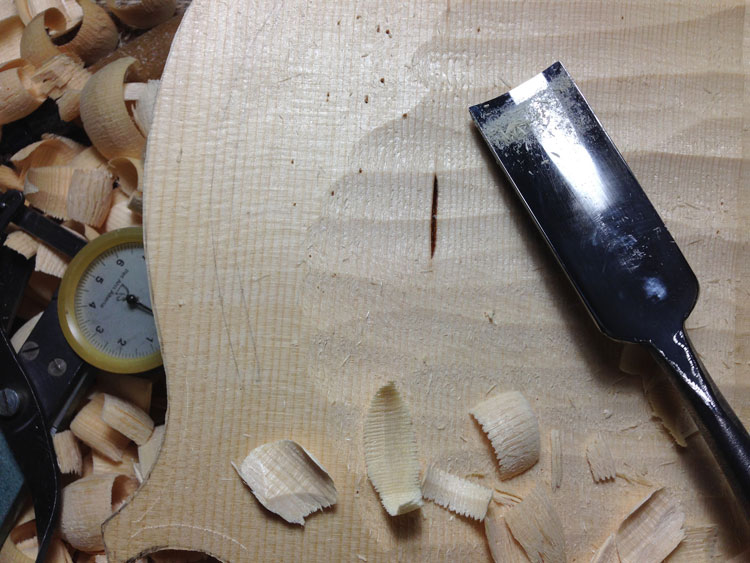 Invisible until you cut into it, a small inclusion of sap, it could show up anywhere but as long as its not at the sound post area its easily dealt with. The resin in this one was still quite liquid despite the tree being cut over 30 years ago 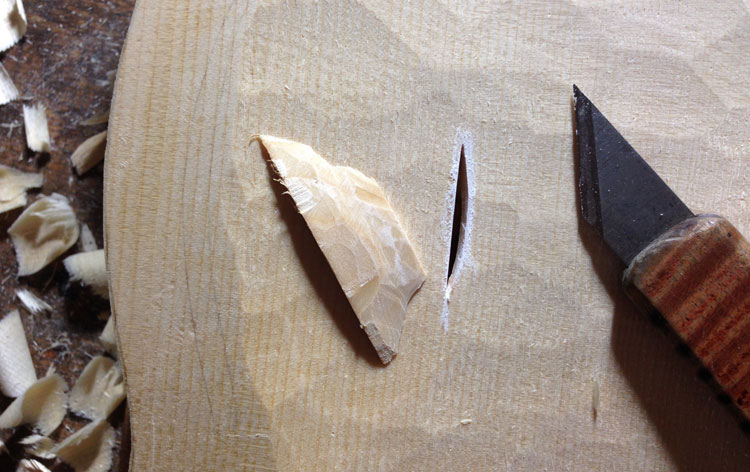 To fix it, cut a little “boat” to plug the hole 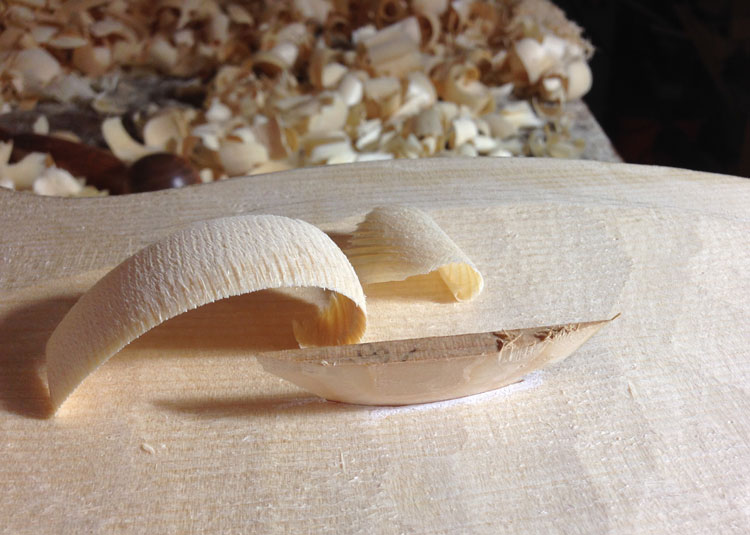 The brave vessel in a following breaking-sea. She seems to be riding well and is ready to glue into place. 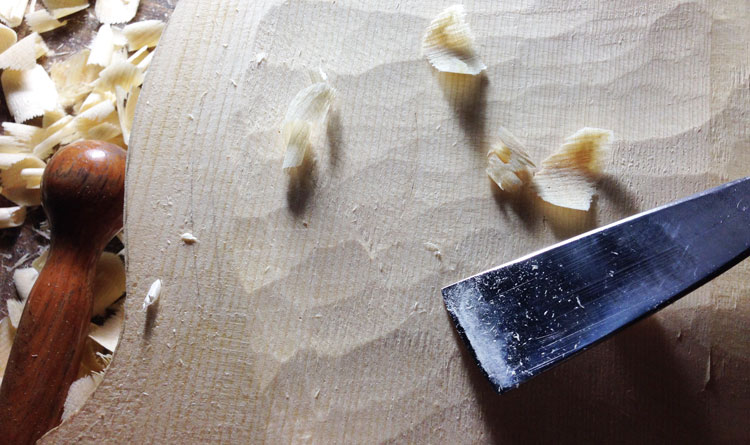 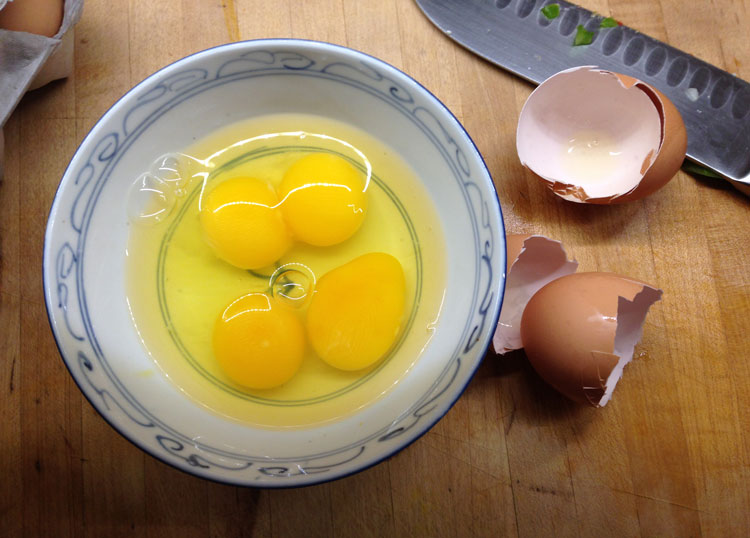 When I got the first double yolk I was happy because I hadn’t seen one since I was a kid they are supposed to be rare and lucky. When the second egg was  also a double  I started to question whether my eggs really were organic and respectfully raised or had my farmer been slipping his birds a little Serophene? But no, it all turns out to be good: according to Grub Street,  egg producers used to edit doubles out of the production but now consumer fashions have changed and farmers use breeds of bird more prone to producing doubles.