My father was a sculptor  who worked in everything from marble and bronze to sintered sand  and telegraph poles.

in some of his wood carving he used similar techniques to some that I’ve ended up using in violin making. Whereas I would be obliged to lose all traces of the rough carving stage,  he would make a feature of it, as in the contour carving on this leg.  I was always struck by the contrast between the vigorous, direct, carving technique and the delicate shapes that it could render. 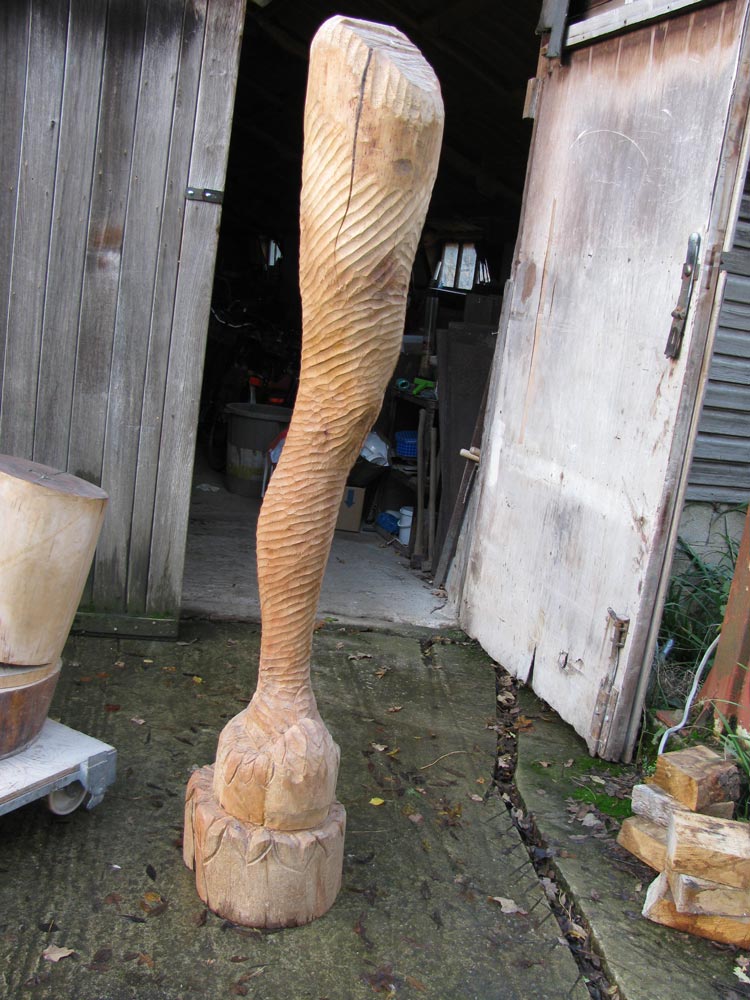 The slightly random but rhythmic pattern of the tooling on this carving, helps suggest something organic. Surface finishes; color and varnish, act in a similar way as they do in violins, defining forms and emphasizing textures and contrasts. The wood of the base has been given a dark stain then a light wash which also highlights the texture and suggests age, just as we do when “antiquing” our fiddles. 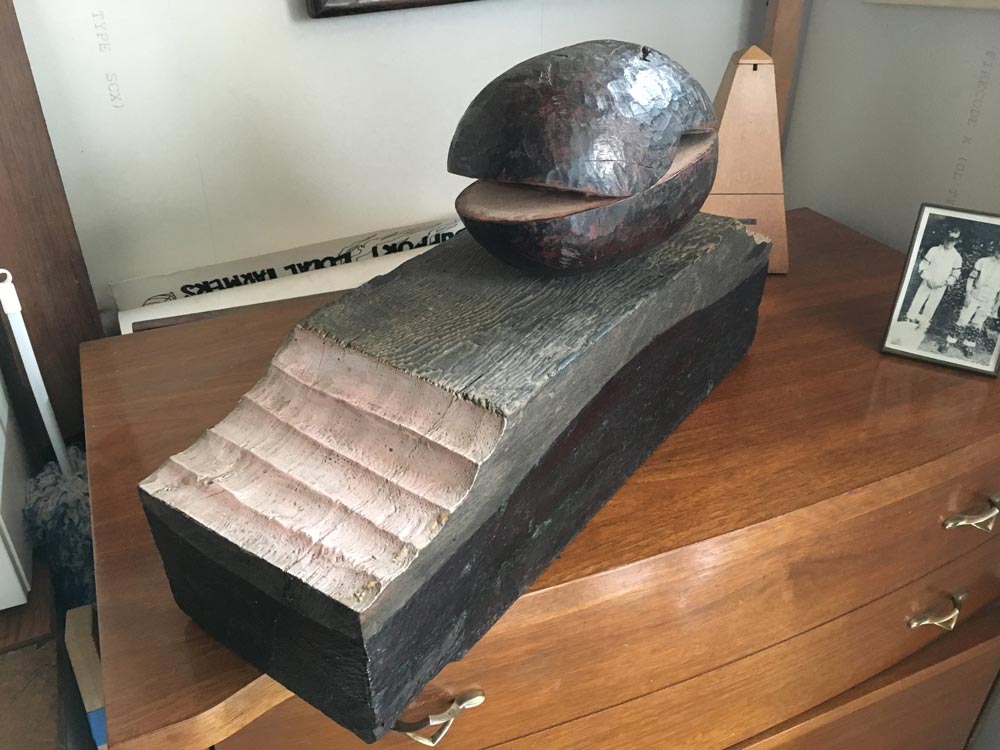 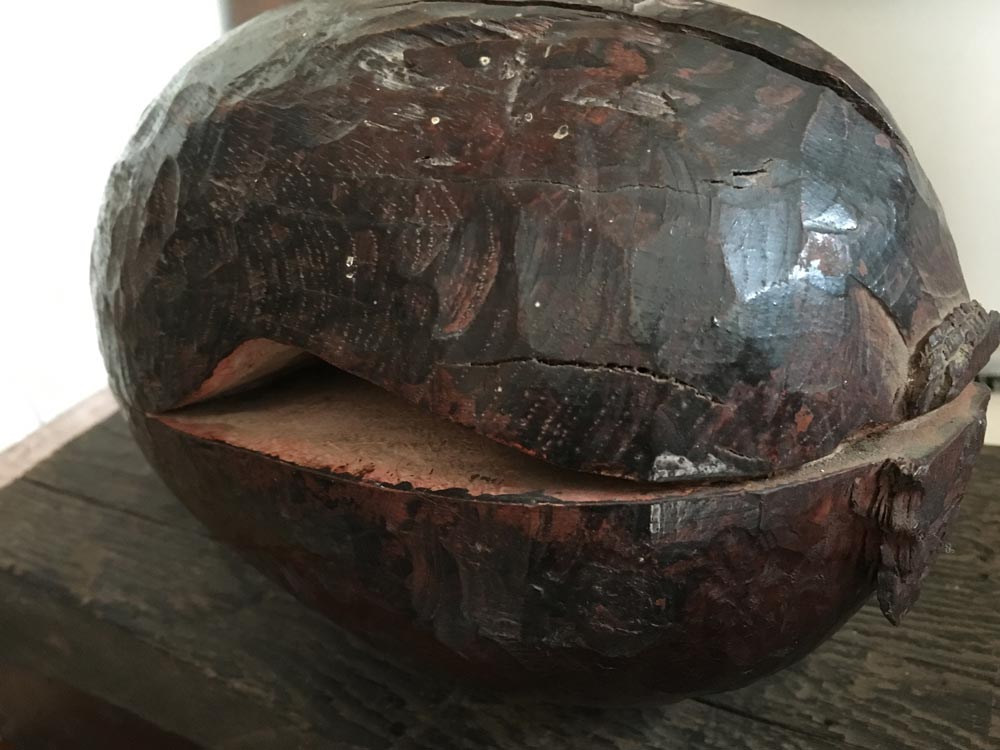