The young Stradivari made several richly decorated fiddles. As his taste matured he set aside childish things, presumably the subtle variations between violins being  fascinating and fulfilling enough to hold his attention, as it does ours.  Yet he did still allow himself the visual grace note of blacking the scroll chamfers. Unlike the griffins and greyhounds, which have little to do with the violin itself, this black chamfer line accentuates the form of the scroll, and it looks great as the firm black stripe wears into a broken line.

I often copy the blackened chamfers, but recently I felt an overwhelming urge to gild them instead. 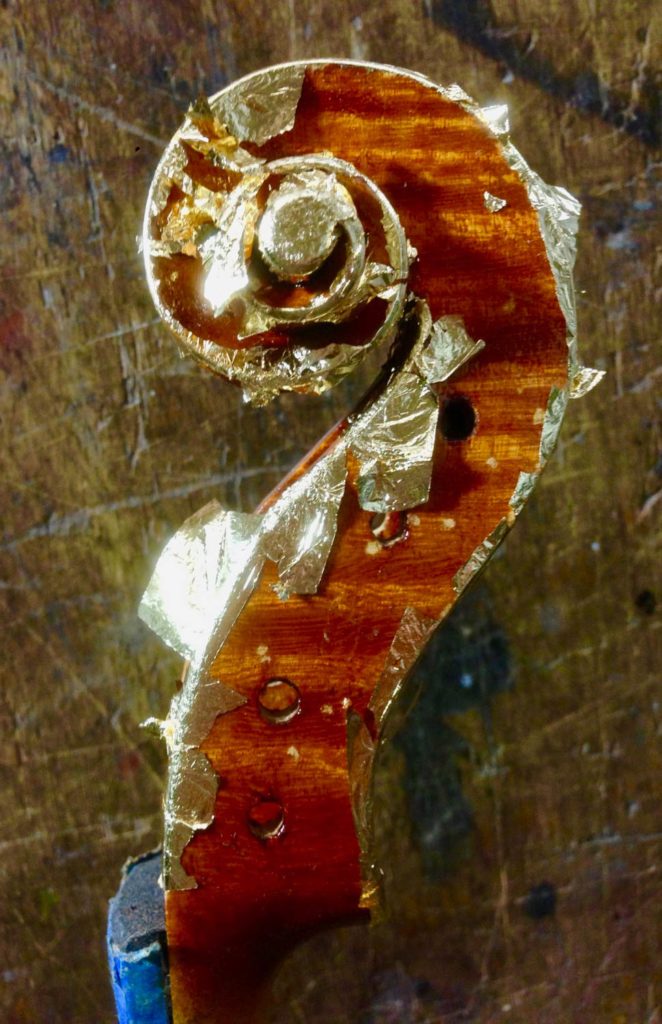 Applying the gold leaf turned out to be a lot easier than I thought. The first stage, where the leaf is glued in place but still flapping, was the most interesting looking. 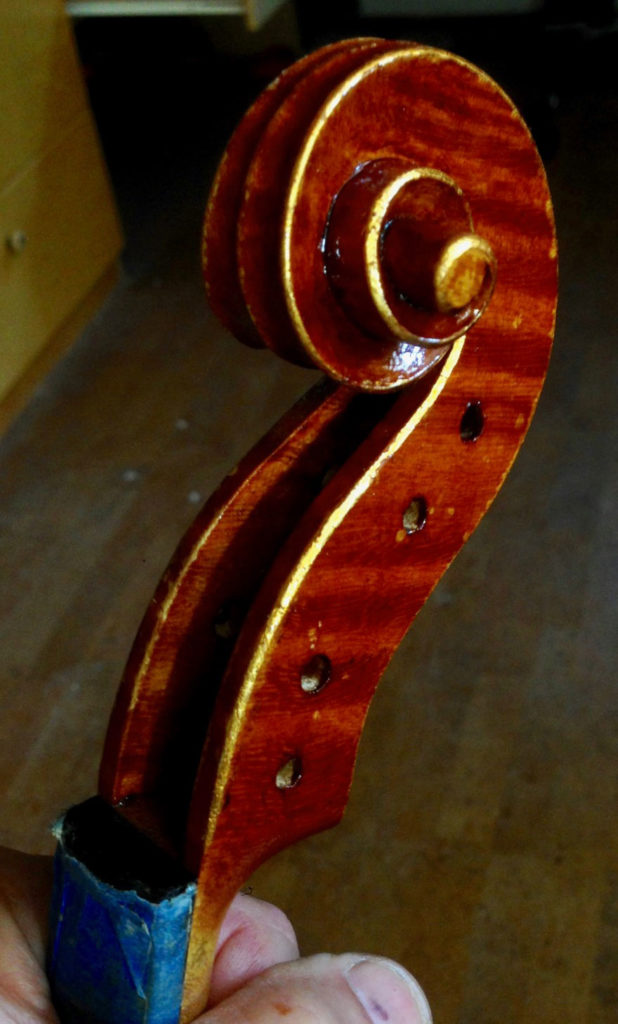 After removing the excess gold leaf I added a couple more coats of varnish to the fiddle. This mellowed the gold somewhat and helped it blend a little, even so it still looked like the kind of bling that would catch the magpie eye of our Dear Leader. To tell the truth I kinda liked it too, but I wanted something a little quieter and more respectable. 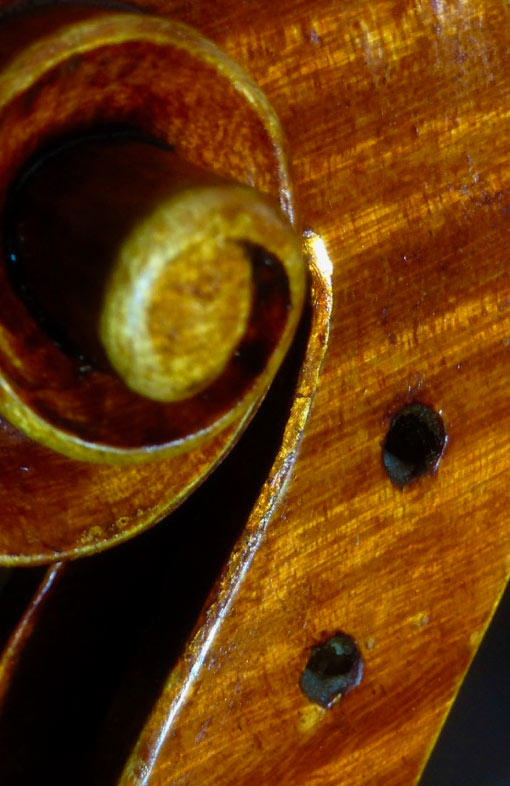 I wore most of the leaf away during the antiquing process so that only a few traces of gold peeps through the varnish and patina in the protected areas.

I liked the end result, it is quite subtle – and very hard to photograph.