For some years I’ve dabbled in the graphic arts, designing business cards, web headers, even tee shirts and stickers. I’ve come to enjoy lettering in all forms: dashed off handwriting, Arabic script, cuneiform tablets, grand graffiti, painted pub signs, classic fonts and type. I love the way lettering can be radically abstracted yet instantly legible.  I also like the way that the tiniest changes in a classic letter form can make all the difference in balance and style. Similarly I am fascinated by the way that the tiniest changes in composition can change a lettered layout from dynamic and compelling….to quite dead.

I’d worked a lot in two dimensions, doing layouts and designs for printed material. Then last year I needed a house number sign and I decided to carve the letters.  Carving quite literally adds a whole new dimension to letter forms. They  become very sculptural, with bold straight lines interacting with sweeping  curves. Tapered lines not only vary in width but also in depth.

I carved the house number on a reject violin back 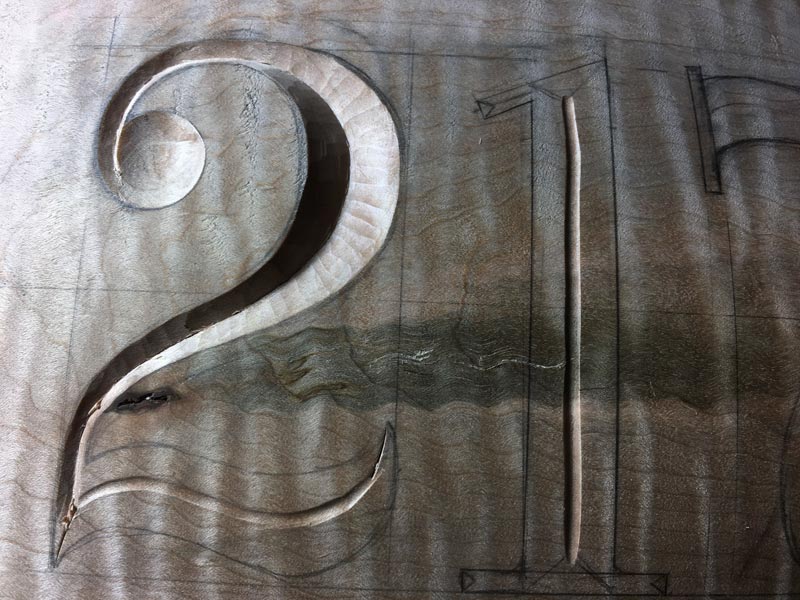 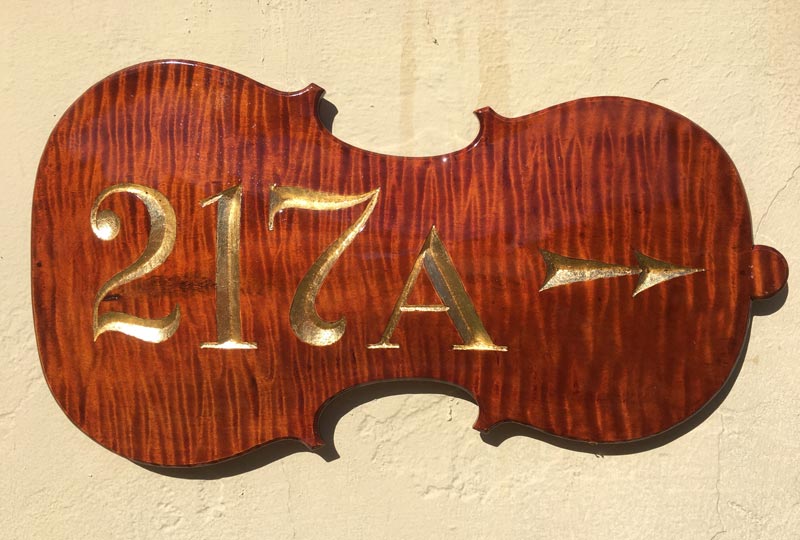 In March this year I was getting ready to attend the Piatigorsky International Cello Festival in Los Angeles. I was going as an exhibitor and needed a banner for my booth.  Rather than have something printed on a plastic sheet, I thought it would be fun to carve an old style shop sign on a cello top. As it happened the cello festival was cancelled by the Covid outbreak. This was a pity, but it did make creating this sign possible: I had radically underestimated how much work was involved and never would have been able to get it done in time.  Instead, lettering a sign became a very enjoyable project for the Covid isolation days.

To compose the design, I initially worked straight onto the wood, laying out the letters with chalk, but the cello top was a difficult frame to work in. Trying to fill, but not crowd, the space, and get everything balanced, was tricky. I don’t know how the old guys did this, it takes a lot of skill, experience and vision to do a nice job.  My solution was to flick on the computer and do the layout in Illustrator, where I could shuffle and resize the elements until they more or less worked together.  Once I had the design, I sketched it onto the cello top in pencil, making small modifications as I went.

I wanted the sign to have an eighteenth century feel, with some embellished script. I also used some fine, upstanding and trustworthy capital letters, to convey the essential character of my business. Not wishing to be over formal with the capitals, I added the swashes to the R’s.  The changing font size in the name is a nod to lettering I’ve seen on older tombstones in English churches and churchyards where, if the carver ran out of space in a line, he would simply abbreviate words and compress letters to make them fit the available space*.  That, along with less regular sizes and more relaxed spacing between letters, gives early letter carving a much more human look. Later, with the establishment of the Industrial Revolution and machine production, people’s awareness of regularity, precision and symmetry became acutely heightened and even hand carved letters lost much of their humanity. The same change can be seen in violins.

*This same relaxed attitude also applied to spelling at the tyme. As a mild dyslexic I would have funcshoned a lot better in those days.

With the lettering laid out, it was time to carve, The style of carving I did was really very straightforward, I’d cut a line down the center of each stroke and the cut down towards it from the edges, forming a “V”. I found my violinmaker’s knife very useful, as were my round ended chisels which can cut both curves and flats. 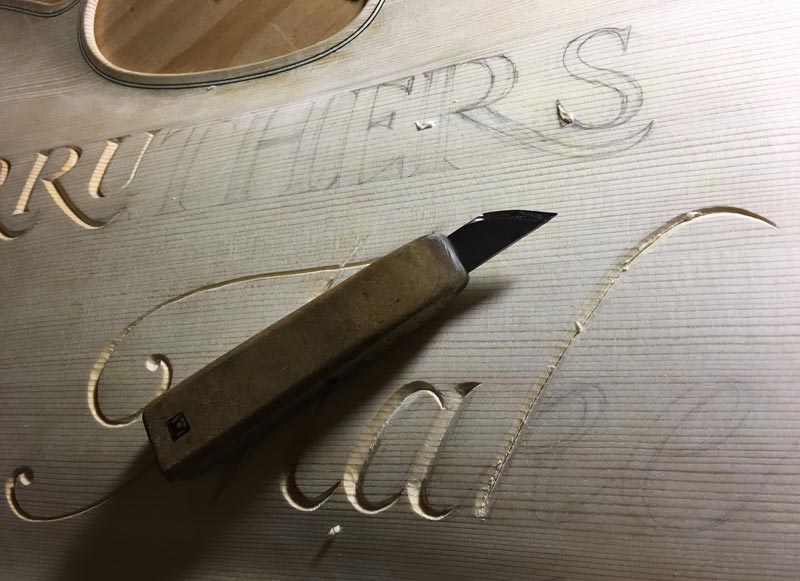 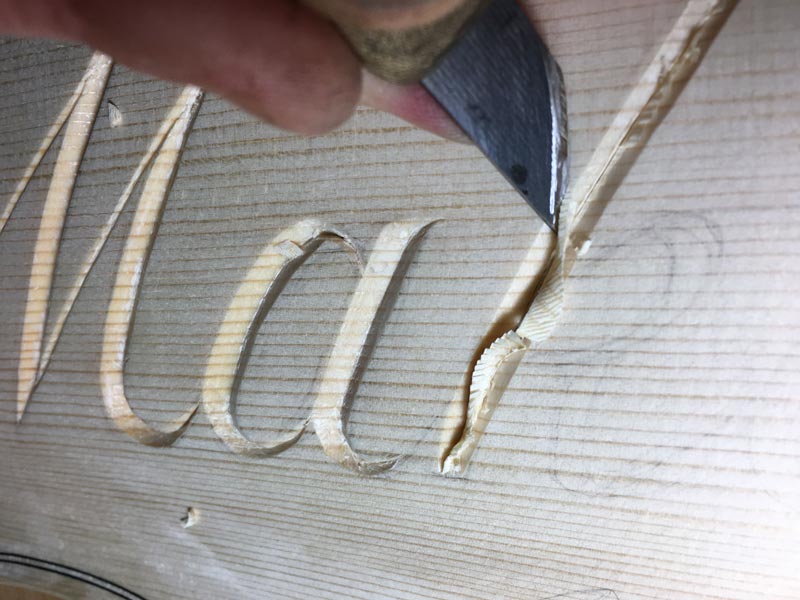 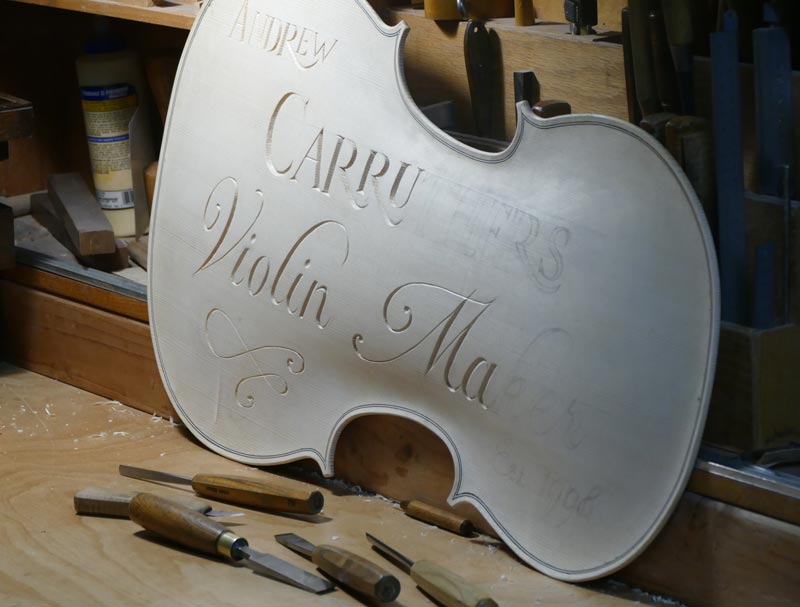 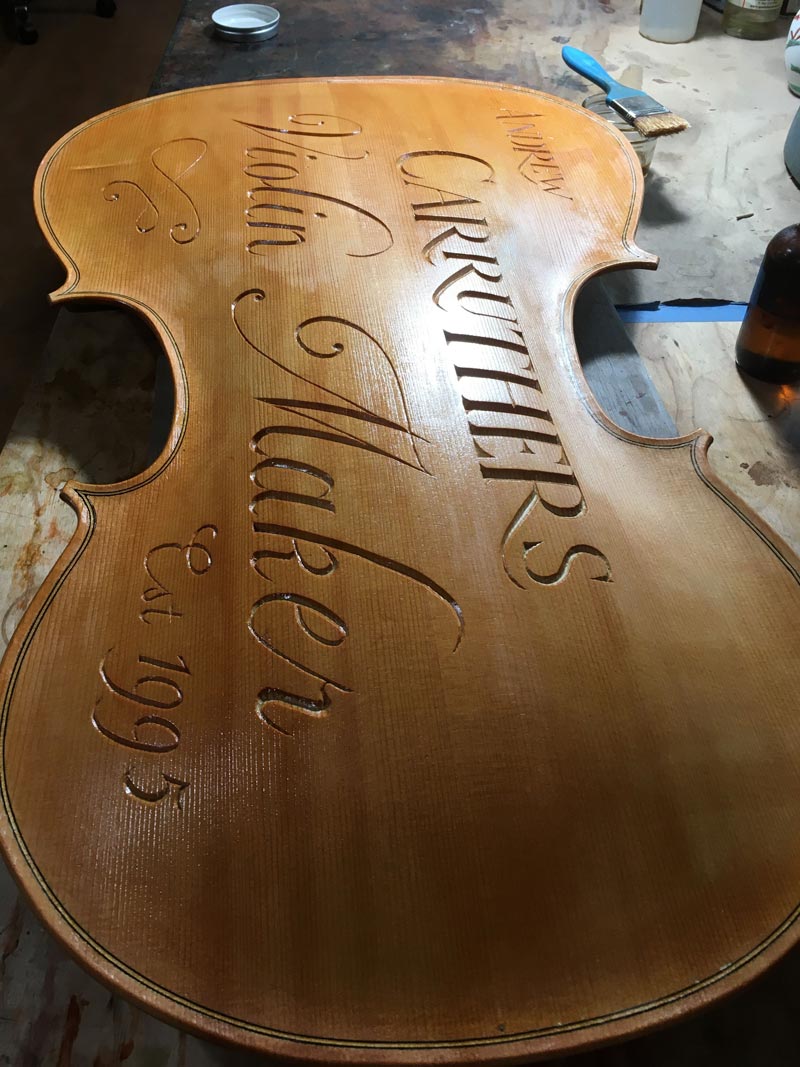 The varnished plate was a little monotone,  it needed some bling! 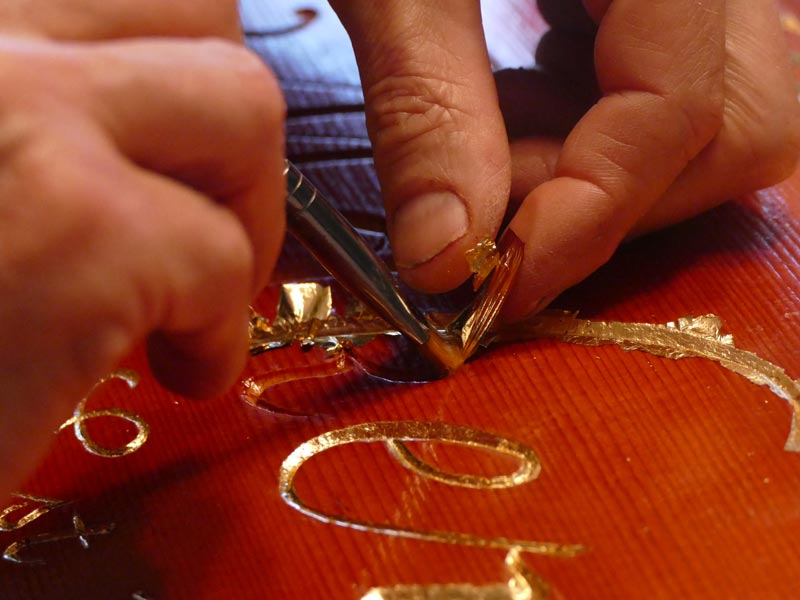 …but worth the trouble. 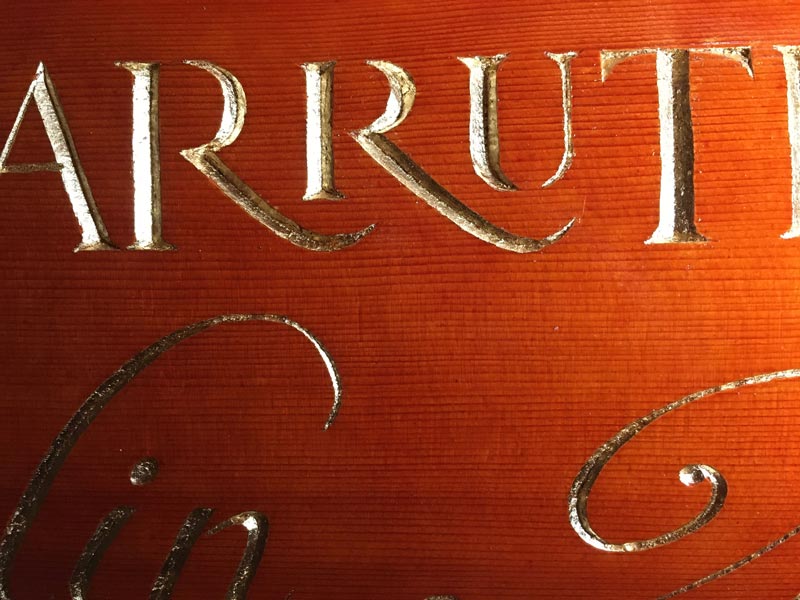 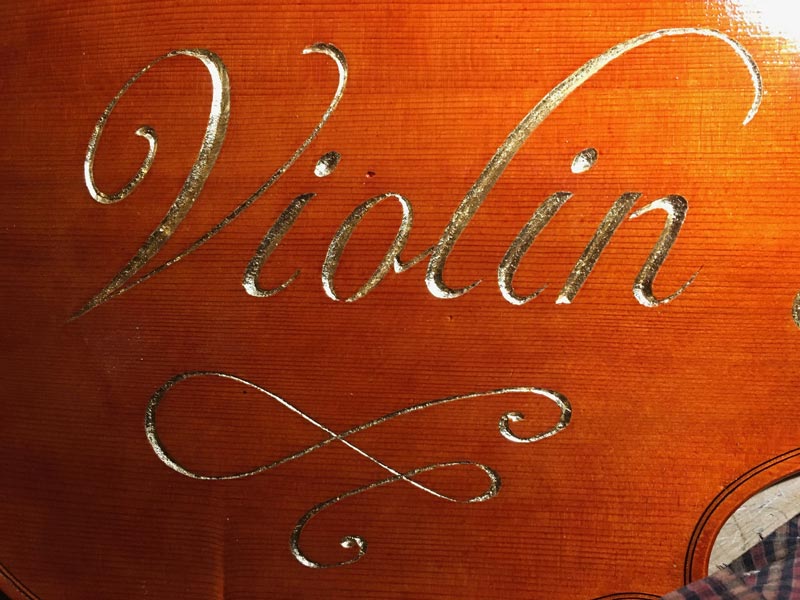 With the sign complete it was time to put it to work.